He was a leading member of Centara Hotels & Resorts’ management team for more than 12 years, most recently as its chief operating officer.

During his time with Centara he grew the group’s hotel portfolio from eight properties to more than 70, and will now spearhead the drive to develop Royal Phuket Marina’s hospitality offerings and destination status.

“My vision remains unchanged from day one – to create a world-class integrated lifestyle destination right here in Phuket. We have a talented team at Royal Phuket Marina and I am very pleased that Chris will be joining this team, bringing with him considerable hospitality and tourism industry experience to help realise our master plan,” commented Royal Phuket Marina chairman,Gulu Lalvani.

Lalvani’s master plan calls for resort developments on 200 rai of Royal Phuket Marina land. So far, just one third has been developed.

“I’m looking forward to this new challenge at Royal Phuket Marina. The site has huge potential and the groundwork to create something spectacular is already there. The chairman’s vision is exceptional and I’m excited to be working with him and the whole team to deliver the master plan,” noted Bailey.

The current managing director, Michael Ayling, will work alongside Bailey in a transitional role until 31 March, when Ayling will leave to pursue other interests.

The property was put on the market early last year through the real estate agency JLL, but was withdrawn later in the year. 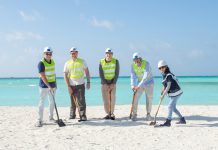 Singha Estate expands in the Maldives 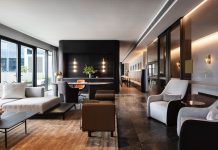