The event took place in Jakarta with the award ceremony recognising those who have made an outstanding contribution to travel and tourism in Indonesia.

The non-commercial awards rely on votes are registered by consumers as well as the board of advisors appointed by ITTA. Nominees were initially screened by the ITTA Foundation before voting opened.

Destination Asia managing director Indonesia, Ketut Sediya Yasa, said: “We are incredibly proud to be awarded the title of Indonesia Leading Tour Operator, our sixth award from ITTA since 2010.”

“We have an exceptional team who work incredibly hard and to be recognised is an honour and great inspiration to us all.”

Destination Asia were the first destination management company to specialise in Indochina operations and the first Asia-based travel company owned by its employees.

Since their establishment in 1996 it has developed a network spanning 11 countries. 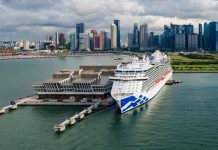