SINGAPORE, 13 October 2016: Hundreds of animal attractions where tourists come into physical contact with captive wild animals, or endangered species, will no longer be bookable on TripAdvisor or Viator, the popular review site announced, Wednesday.

TripAdvisor, credited as the world’s largest travel site, said it will launch a set of industry-leading actions, including changes to its policy on selling tickets to animal attractions, and the launch of a new education portal to help inform travellers about the standards of care for wild, captive, and endangered species in tourism.

TripAdvisor and its Viator brand will discontinue selling tickets for specific tourism experiences where travellers come into physical contact with captive wild animals or endangered species, including but not limited to elephant rides, petting tigers, and swim with dolphin attractions.

While some attractions will cease booking through TripAdvisor immediately, the company plans to have both the educational portal and booking policy changes fully-launched and implemented by early 2017.

TripAdvisor is also committing to the development and launch of an education portal linked to every animal attraction listing on TripAdvisor.

The portal will provide links and information on animal welfare practices, helping travellers to write more informed reviews about their experience, and to be aware of opinions that exist on the conservation implications and benefits of some tourism attractions.

In turn, TripAdvisor believes that better reviews will enable travellers to make more informed booking decisions and improve the standards of animal care in tourism worldwide.

The content on TripAdvisor’s education portal will provide numerous points of view from experts in the fields of sustainable tourism, animal welfare, wildlife conservation and the zoological and marine sciences.

means to do our part in helping improve the health and safety standards of animals, especially in markets with limited regulatory protections,” said TripAdvisor president and CEO, Stephen Kaufer. “At the same time, we want to celebrate those destinations and attractions that are leaders in caring for animals and those in the tourism industry who help further the cause of animal welfare, conservation and the preservation of endangered species.”

“TripAdvisor’s leadership position in travel means we can help educate millions of travellers about the diverse opinions that exist on matters of animal welfare,” added Kaufer.  “We believe the end result of our efforts will be enabling travellers to make more thoughtful choices about whether to visit an animal attraction and to write more meaningful reviews about those attractions.”

For several years, Viator has supported animal welfare standards in its booking policies, inclusive of a prohibition on bookings where captive wild animals are killed or injured for blood sport.  Building on those initial standards, the following changes and amendments were made to TripAdvisor and Viator’s booking policy concerning animals:

TripAdvisor and its Viator brand will no longer sell tickets to, or generate booking revenue from, specific attractions where tourists come into physical contact with captive wild animals or endangered species, including but not limited to elephant rides, “swim with” programs where tourists touch or ride on dolphins, the petting of captive wild or endangered species, etc.

For attractions that can provide evidence that they are in-policy, but were impacted by today’s decision, TripAdvisor and Viator will implement an appeals process to re-establish ticket sales to certain experiences that may have been excluded through our booking policy update.

For years, as a matter of practice, TripAdvisor prohibited listing or the publishing of reviews for businesses that used captive wild animals or endangered species for blood sport, e.g. bullfights, captive hunts, etc.  That policy will continue to stand.

By early 2017, every attraction listed on TripAdvisor that involves animals will be identified with a “PAW” icon that will link to an education portal that will present all sides of the animal welfare issue.

“We are delighted that TripAdvisor are seeking to educate consumers about the importance of animal welfare, and that ABTA’s animal welfare guides will feature as such an important part of that education process.   Our guides can provide a common, expert frame of reference for companies and individuals to make important decisions about which attractions to feature,” said Nikki White, Director of Destinations and Sustainability, ABTA – The Travel Association.

Professor David Macdonald, founding director of Oxford University’s WildCRU, said: “The tip of the iceberg, conspicuous above the water, is the welfare of wild animals in tourist attractions, but hidden beneath the metaphorical waterline can be a huge cascade of effects on the welfare of animals in the wild, from which specimens may be taken, and the far-reaching impacts on their conservation. If our involvement in TripAdvisor’s education portal can help us inform millions of tourists about the likely impact of their choices on wildlife conservation, WildCRU will be proud; beyond informing them, if we can contribute to driving change in the industry to improve conservation standards in tourism, we will be even more proud outcomes.”

“By refusing to sell tickets to businesses that treat animals as entertainment or playthings, TripAdvisor is making a precedent-setting statement about the use and abuse of animals for entertainment,” said PETA Executive Vice President Tracy Reiman.  “PETA looks forward to contributing to TripAdvisor’s industry-leading education portal, which will empower people around the world to make better decisions when it comes to animal-friendly travel.”

Other endorsements came from Taleb Rifai Secretary-General, UNWTO: “The World Tourism Organisation (UNWTO) welcomes the actions taken by TripAdvisor, a much valuable Affiliate Member of UNWTO, to strengthen its social corporate social responsibility in the area of animal welfare.”

Dr Mario Hardy, CEO, Pacific Asia Travel Association (PATA): “On behalf of everyone at PATA, I would like to commend TripAdvisor for taking bold actions to improve the responsible development of the travel and tourism industry. As a PATA Strategic Partner, we have a very strong relationship with TripAdvisor and we are pleased to strengthen that relationship by working with them in promoting the wildlife tourism educational portal, both to our members and all industry stakeholders in the Asia Pacific region. More information on responsible wildlife tourism is vital for a responsible travel and tourism industry, which is lacking in the Asia Pacific region. It is extremely encouraging to see the ‘world’s largest travel site’ taking the lead on this issue.”

Geoff Bolan, CEO of Sustainable Travel International:  “Right now, it’s too hard for consumers to make responsible choices when travelling. Sustainable Travel International wants to make sure consumers’ decisions not only give them extraordinary experiences as travellers, but also help improve other people’s lives and protect sensitive environments and wildlife around the globe. We look forward to collaborating with TripAdvisor to help educate consumers, businesses, and governments on how responsible travel choices lead to long-term protection of these sensitive destinations.”

Dr Joshua Plotnik, executive director and founder, Think Elephants International: “One of the biggest issues facing wildlife species around the world is a lack of engagement by the general public in their conservation. Think Elephants International is an organisation committed to using the scientific study of animal behaviour, welfare and conservation to educate the public about the need for a well-balanced, culturally sensitive approach to promoting ethical wildlife tourism. We are very excited to work with TripAdvisor on this new initiative that allows site visitors and potential travellers to gain well-balanced perspectives from a diverse group of experts in academia, conservation, welfare and tourism. Travellers are becoming more and more interested in learning what they can do to make informed decisions before they commit to eco- and wildlife-related travel. TripAdvisor is providing a unique platform for Think Elephants International and other organisations to help people make these important decisions, and we are thrilled to be a part of it.”

Linda Reifschneider, president, Asian Elephant Support: “AES is pleased to partner with TripAdvisor as we weigh in on this most important topic surrounding the lives of Asian elephants in human care.  We encourage the continuation of the human-elephant bond through responsible tourism so that people will be driven to save them.”

Brett Tollman, chief executive, The Travel Corporation and Founder of TreadRight Foundation: “The TreadRight Foundation would like to applaud TripAdvisor for their new commitment to improve wildlife welfare standards in the tourism industry.  It is important that we stand together as an industry community and recognise the immense potential we have to change the world for the better, by working together and steering the industry in the right direction.”

Steve McIvor, CEO, World Animal Protection (WAP): “World Animal Protection looks forward to partnering with TripAdvisor to help educate millions of travellers about the cruelties of wildlife entertainment. This is a significant step towards ending wildlife tourism cruelties, and we hope it will have a huge influence on the tourism industry as a whole.  We will share our welfare knowledge, expertise and point of view on the cruelties that animals face in the tourism industry. We believe once people know about these wildlife abuses, they will make other travel choices because of their love for animals.” 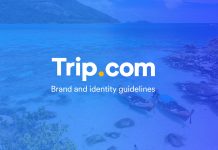