The travel period for trips to Europe runs 31 March to 31 December this year while travel to North America is open from the end of April to the end of March next year.

To Europe, the promotion sells roundtrip fares, inclusive of taxes and surcharges, ex-Bangkok, starting at THB23,160 to Amsterdam.

An inclusive roundtrip fare to the United States starts at THB28,730 to Los Angeles and San Francisco.

To Canada, the promotion offers a fare of THB29,015 to Vancouver and THB35,860 to Toronto. Fares vary according to class and travel dates.

The promotion is only available for bookings online via www.evaair.com. Itineraries require an aircraft change in Taipei. Fares save 15%. 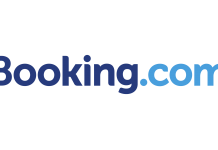 Airasia’s Super Sale is back