Phnom Penh Post reported the resort is already under construction on 3,300 hectares inside Ream National Park, and is set to include villas, five-star hotels, an exhibition centre, duty-free shopping and health facilities.

No explanation was given on how a major tourism project could be approved on national park land.

The development will cover 28 km of pristine coastline on the Ream Peninsula and western half of Koh Thmei island.

The developer did not indicate the cost of the project, or timeline for completion. Previous media reports have indicated the development would cost around USD5 billion and take 20 years to complete, the report said.

“This investment is part of a response to [China’s] ‘One Belt, One Road’ strategy and will attract more Chinese tourists.”

Whether revenue earned at the resort remains in the country and filters through to communities in an impoverished region remains to be seen.

Cambodia is expected to welcome as many as 2 million Chinese tourists to the kingdom by 2020.

Sihanoukville is the most popular beach town in Cambodia. It is a province in the southwest of Cambodia on the Gulf of Thailand. It is the oldest tourist destination on the coast and home to a thriving port and an airport.

Ministry of Tourism hopes to encourage international tourists to visit coastal areas and ecotourism destinations to take the pressure off Siem Reap, which dominates as the top tourist destination even surpassing Phnom Penh the capital. 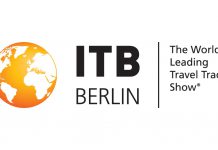 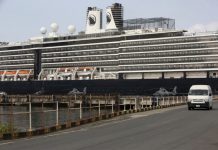