PHU QUOC, 20 April 2015: Vietnam’s Ministry of Construction has asked the Prime Minister for approval to build a casino on the resort island of Phu Quoc off mainland Kien Giang province.

Local media reported the ministry said it would be easier to call for investors to develop the project if it was located adjacent to Vinpearl Resort rather than at a site in Da Chong Ward in Bai Thom on the island.

The proposed new location covers 37 hectares as part of a zone for luxury tourism facilities in the northwest of the country’s biggest island. Meanwhile, the current site of the casino project is in the northeast of the island and near villages. Critics argue that the casino should be close to resorts rather than residential communities.

The Ministry of Planning and Investment is backing the latest proposal.

The casino on Phu Quoc Island would have between 200 to 400 tables and 2,000 gaming machines as well as a conference centre and five-star hotels with 3,000 rooms.

Investors will need to spend at least USD4 billion on the project, which is part of the Phu Quoc special economic zone plans.

The Prime Minister has already approved the casino project, but not the actual location.

An unnamed source quoted by local media said that an exact site for the project was not identified at the time of approval and that the Mekong Delta province would work with agencies to decide the best location.

Phu Quoc attracted 600,000 visitors last year, up 37% compared to 2013, according to the Kien Giang Department of Culture, Sports and Tourism. The island targets 2 to 3 million tourists a year in the next decade. 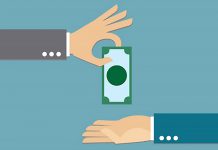