BANGKOK, 23 March 2018. World Water Day flowed by, Thursday, with just a few if any ripples of recognition except for a statement from the Save the Mekong Coalition calling for a halt to dam projects on the Mekong River.

In cooperation with civil society and community partners from Thailand, Lao PDR, Cambodia and Vietnam, the group expresses grave concern for the Mekong River and the communities that rely on the river for their livelihoods.

“These dams pose a major threat to the ecological health and economic vitality of the region,” said the Save the Mekong Coalition statement. “They place, the livelihoods and food security of millions of people at risk.

The group claims governments are failing to consider the knowledge, cultures, and voices of the Mekong Basin Peoples, whose livelihoods and beliefs are deeply connected with river.”

Tourism piggy backs on the Mekong River’s resources promoting travel experiences linked to the heritage of the region and the river basin’s communities and culture.

Travel companies and airlines are linking heritage destinations in the six-country Mekong Region and through the heart of this promising tourism region flows the iconic Mekong River.

But the cruising options and even passage of cargo boats on the river and its tributaries is fast closing down due the construction of dams and the artificial ebbs and flows of the river level.

The luxury river trips, which are now iconic and considered the finest river trips in the region, would close if  a dam is built at Pak Beng.

But as it pushes tourism promotions at major trade shows worldwide and reaches out the world’s travel trade to send their guests to destinations in the Mekong River basin, the future of the iconic river itself is at risk as more dams are built and planned.

Saving the Mekong goes far beyond tourism to the livelihoods of thousands of communities, agriculture, fisheries and the environmental integrity of one of the world’s most important waterways in Asia.

Save the Mekong Coalition, on World Water Day 22 March, called for reviews of planning and decision-making processes for hydropower and other developments on the Mekong River claiming so far there has been a lack public participation, transparency and accountability.

“The Xayaburi and Don Sahong Dams, under construction on the Lower Mekong mainstream, are now nearing completion, yet comprehensive information on these projects has not been made public despite repeated requests from communities, civil society and other stakeholders,” the coalition stated.

Despite this lack of transparency, the Xayaburi Dam is being touted as a model for other mainstream Mekong dams.

Decision-making on hydropower projects is made on a project-by-project basis, ignoring cumulative and basin-wide impacts, the coalition said in its statement.

“We call on the Lower Mekong governments and the Mekong River Commission to ensure that the findings of the MRC Council Study and other basin-wide studies, which provide assessment of the losses and trade-offs inherent in these projects, meaningfully inform (details of) decision on individual dam projects.”

The coalition challenges the need for destructive hydropower development in the Mekong Basin to meet the region’s energy and development needs.

They have a point as even Thailand has acknowledged it has a surplus of electricity generated by dams in neighbouring countries and has signalled, earlier this month, it will review its commitment to the Pak Beng dam in Laos.

Part of that review, undertaken by the Electric Generating Authority of Thailand, looks at energy needs and focuses on alternative energy sources that are now available such as wind and solar.

Save the Mekong Coalition points to vast benefits these alternatives can deliver.

“Renewable energy technologies, demand-side management and energy efficiency measures should be fully considered in assessing alternatives to destructive hydropower projects on the Lower Mekong mainstream and within the basin.

“We urge regional governments to prioritize introduction of renewable and decentralized electricity technologies that are increasingly available and cost-competitive, without the harmful social and environmental impacts of large-scale hydropower dams,”  the statement concluded.

The region’s tourism enjoys a strong commitment from the six governments that recognise tourism’s vast potential to earn foreign exchange and create jobs, but the controversy of the dams cannot be ignored.

A soft version of tourism, rather  heavy-duty,  needs to partner with communities and promote the natural and cultural experiences of the Mekong basin, Side-by-side with agriculture and fisheries it would give the region a more sustainable future than pursuing an expensive and disruptive dam policy. Other forms of clean energy are available to the region that were not on the radar when the early generation of dams were built.

Tourism should back sustainability beyond its industry boundaries and let its voice be heard to save the Mekong River, before it is too late. Staying silent is not an option. Perils and potholes picking a partner 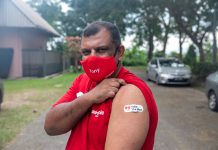 Now only the wealthy can travel?