It could take another three years to achieve recognition once the UNESCO accepts the application for consideration.

“To prepare our proposal we had to complete many tasks including providing maps, legislation, details of the area’s bio-diversity, conservation management and information on the role of tourism.”

The proposed documents for the listing of the Hin Nam No National Protected Area as a UNESCO World Heritage Site are currently being considered by the National Secretariat, the report said.

Information, Culture and Tourism deputy minister, Bouagnuen Saphouvong, said if the area is added to the World Heritage list, Laos will  have three sites. At present there are just two; Luang Prabang and Vat Phou with its associated ancient settlements within the Champasak Cultural Landscape.

The Hin Nam No National Protected Area is where central Indochina Limestone meets the Annamite mountain chain. It is one of the original National Biodiversity Conservation Areas (NPAs) of the Lao PDR established in 1993 by Decree 164 of the Prime Minister.

It encompasses 82,000 ha of a karst plateau, which continues across the border into Vietnam where a large portion of the Phong Nha – Ke Bang karst has been designated a national park and Natural World Heritage site.

The majority of Hin Nam No is limestone karst.  The area is estimated to be 31% forested, with 20% of dense or mature forest. Phou Chuang is the highest point (1,492 metres) in the area.

For the area information visit www.hinnamno.org. 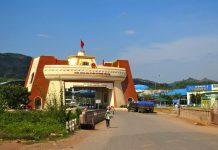 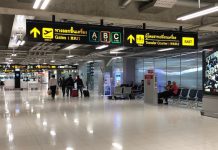