BANGKOK, 15 December 2015: Thailand continues to be a leading hub for hostel accommodation, but Myanmar and destinations in Indochina are making headway in the sector.

It was just one of the market observations, on the thriving hostel market, released by C9 Hotelworks, Monday, in its regional overview of the emerging hybrid hotel sector, titled Southeast Asia Hostel Market Trends 2015.

Topping the region in terms of total beds in the hostel sector is Thailand with just over 14,000 and more than 250 properties.

“Over the past two years we have completed a number of research engagements in the hostel market and it is clear that the once entry-level accommodation tier is now recreating itself into an exciting trading space,” said C9 Hotelworks managing director Bill Barnett.

“Here in Southeast Asia, Thailand’s Lud.d brand already has two hostels operating successfully and are about to open a third.”

Backed by the hospitality and property conglomerate Narai, the group is considered an innovator in terms of bringing noted hotel design firm P49 to create a more posh traveller experience.

While it’s hard to create a name tag for the various properties coming on stream, the reality is whether they are called hybrid hotels, hostels or poshtels, the push into the mainstream budget and economy tier is very real, the C9 Hotelworks reports explains.

Two key differentiators in lodging metric are the ADRB (average daily rate per bed) being driven the many room types are sold on a rate per bed, and secondly the ABR (average beds per room).

In Southeast Asia the ADRB is USD10, but the ratio of beds to room at 3.9 equates to an ADR of nearly USD40. This is often a higher average rate then budget hotels in the same marketplace.

For developers, the ability to do conversions and on the heels of rising land values are able to create efficient investment yields on a per square meter return.

Two international hostel or hybrid brands that have attracted institutional investment are Generator and Meininger. The former has been at the leading edge of the poshtel push, and features a trendy communal lounge area and entertainment offering that captures a chic group of flashpackers and experiential travellers.

After creating headlines in London, Paris and other European locations, Generator is on the move. One upstart in the US is Freehand, who are already developing a critical mass of properties.

Barnett noted: “In the next few years we anticipate that Thailand will continue to be a leading accommodation hub for hostels and also see similar product coming up in Indo China and Myanmar as a reaction to the needs of the Millennial traveller.” 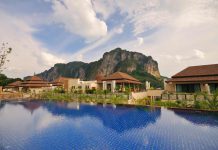