LUANG PRABANG, 10 September 2015: Lunag Prabang province is about to launch an electric mini-bus project to improve the environment in this World Heritage town.

Luang Pabang valley is troubled by pollution. In the past it was mainly smoke haze from the burning of paddy and hillside forests, but as tourism expanded vehicle pollution has increased mainly from dirty fuel powered motor cycles and poorly maintained pick-ups that double as public transport.

Lao News Agency said the introduction of electric buses would be a small but significant step to correcting the situation.

The e-Bus project involves 34 electric mini-buses including 14 provided as a grant from the Japanese government and 20 operated by the Lao Green Company.

Each e-mini-bus can carry six passengers, but the news agency said foreigners take up more space reducing capacity to just three to four passengers. Fares start at USD37 cents for Lao citizens and probably double that for the more bulky foreign tourists.

The project is a pilot initiative sponsored by the Japan International Cooperation Agency (JICA).

Under the project, 100 electric vehicles will be provided by Japan through to 2017.

If the project is successful in Luang Prabang it could be extended to Vientiane and Champassak province.

However, once the JICA funding stops, the cost of maintenance and upkeep will be a major issue and that could lead to the mini-buses being replaced by cheaper diesel-driven vehicles. The project derives its core funding from foreign aid, rather than on funds raised by local communities. 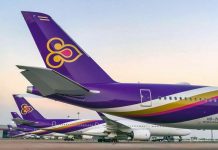 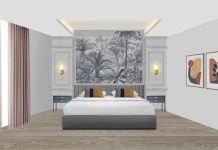