YANGON, 27 April 2015: Investments of USD360 million in tourism and hotels poured into Myanmar’s economy  according to the Directorate of Investment and Company Administration’s year-end report.

It represented around half of the investments in real estate development that logged USD780 million, but they were relatively small when compared with the USDD3.22 billion investments sunk into the oil and gas industry.

Overall, investments of USD8.01 billion, channelled through 211 companies in 12 industry sectors, were registered in the fiscal year ending 31 March.

The country’s official media source, New Light of Myanmar, reported the oil and gas sector topped the list at USD3.22 billion, followed by transport and communication at USD1.68 billion and manufacturing at USD1.5 billion.

The real estate sector attracted USD780 million, while USD360 million was approved for the hotel and tourism sector.

Myanmar expects to attract investments of USD6 billion in the current fiscal year, the report said.

From fiscal 1988 to 1989 to 2014 to 2015, the approved amount of foreign investment in Myanmar reached USD54.23 billion, generated by 895 companies from 38 countries. Excluding the  fiscal year that ended 31 March 2015, 633 existing foreign enterprises from 33 countries had invested USD44.16 billion in 11 sectors including oil and gas, power, manufacturing, transport and communication, mining, hotel and tourism, real and industrial estate, agriculture and livestock and fisheries.

China was the top foreign investor in Myanmar, with 74 Chinese investing USD14.7 billion since 1988 to 1989. Singapore was the second-largest source with USD8.5 billion.

Based on companies represented, Singapore had 118 companies, followed by South Korea with 100 firms and Hong Kong with 85 firms.

DICA general director, U Aung Naing Oo, told Myanmar Times that the investment was distributed among a wide range of businesses, from important infrastructure like the telecoms and constructions sectors to manufacturing and tourism. This is strong evidence of the country’s economic prospects.

“Investors are becoming more confident in  the country as our economic prospects improve under a strong legal infrastructure. We have made many bilateral agreements with the United States, Japan and European Union members.”

Several international organisations, including the Organisation for Economic Cooperation and Development and the Asia Development Bank, are setting their sights on 2030 as the year that Myanmar becomes a middle-income country. 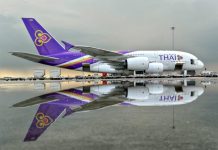